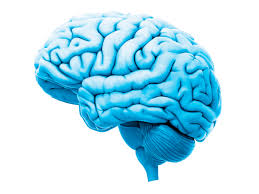 Sleep disorders in the setting of stroke are numerous, including sleep-related breathing disorders, insomnia, excessive daytime sleepiness and restless legs syndrome. Consequences of theses sleep disturbances include impaired functional outcome and quality of life, anxious and depressive troubles and increased cardio-vascular morbi-mortatity. Mechanisms underlying sleep disorders in the setting of stroke are complex and still partly elucidated. They probably involve the consequences of the ischemic lesion and of the handicap, but also of associated vascular risk factors and more generally pre-existent medical history, or they could represent themselves a risk factor for stroke. Transient ischemic attack (TIA) is a particular condition in which risk factors and background of patients are similar to that observed in stroke, without any cerebral lesion and no persistent neurological deficit. The main objective of the SOMN’AIC study is to compare the prevalence of sleep disorders in stroke and in transient ischemic attack (TIA) in order to differentiate lesion-associated from comorbidities-related effect. The study hypothesis is that the prevalence of sleep disorders may be higher in stroke than in TIA patients, reflecting the consequences of the lesion and the associated handicap.